CONTEST WINNER: Cornelia Weber! She will receive a print copy of INTO THE LAND OF SNOWS. Congrats Cornelia!!

Enter to win a free print copy of INTO THE LAND OF SNOWS.

A troubled, sixteen-year-old Blake travels to Base Camp on Mt. Everest to spend time with his physician father. When a deadly avalanche occurs, Dad is forced to rethink things and sends Blake off the mountain. Now accompanied by a Sherpa guide, and in possession of a mysterious camera, Blake undertakes a journey which will challenge everything he believes. In the magical Himalayas, he will be forever changed by what he experiences.

Leave a comment below to enter. Blake is traveling in the Himalayas, where would you travel if anything was possible right now? I’ll draw one winner from all those who comment and mail the book to a US address. (Sorry everyone out of country. I’ll try an e-book contest later, so check back.) Contest closes Sept. 14, 2020, noon MT.

This is the time of year when catchy headlines about Everest start appearing. A few days ago, photos circulated showing the traffic jam of climbers going for the summit.

It’s a good time also to remind readers of my book, INTO THE LAND OF SNOWS. Aaron Yeagle (www.BookReviewUniverse.com) made this short introduction for the book.

This is a book of high altitude adventure and spiritual wisdom. Grab a copy at Amazon by following the link below.

After Jupiter Gardens Press went belly up, I struggled with whether or not to do the self-publishing thing. Turns out, it was easier than I expected. I am excited to announce the launch of my first self-published book! I worked with the fabulous Anna Spies at EerilyFair to create a cover I truly love. Thanks, Anna! Now it’s time to share the love. I will be giving away 4 signed paperback copies of Into the Land of Snows using a random drawing (US residents only, since I have to mail them). The contest will run from today until noon Aug. 11 (next Thursday). Enter by leaving me a comment about something fun you did this summer. 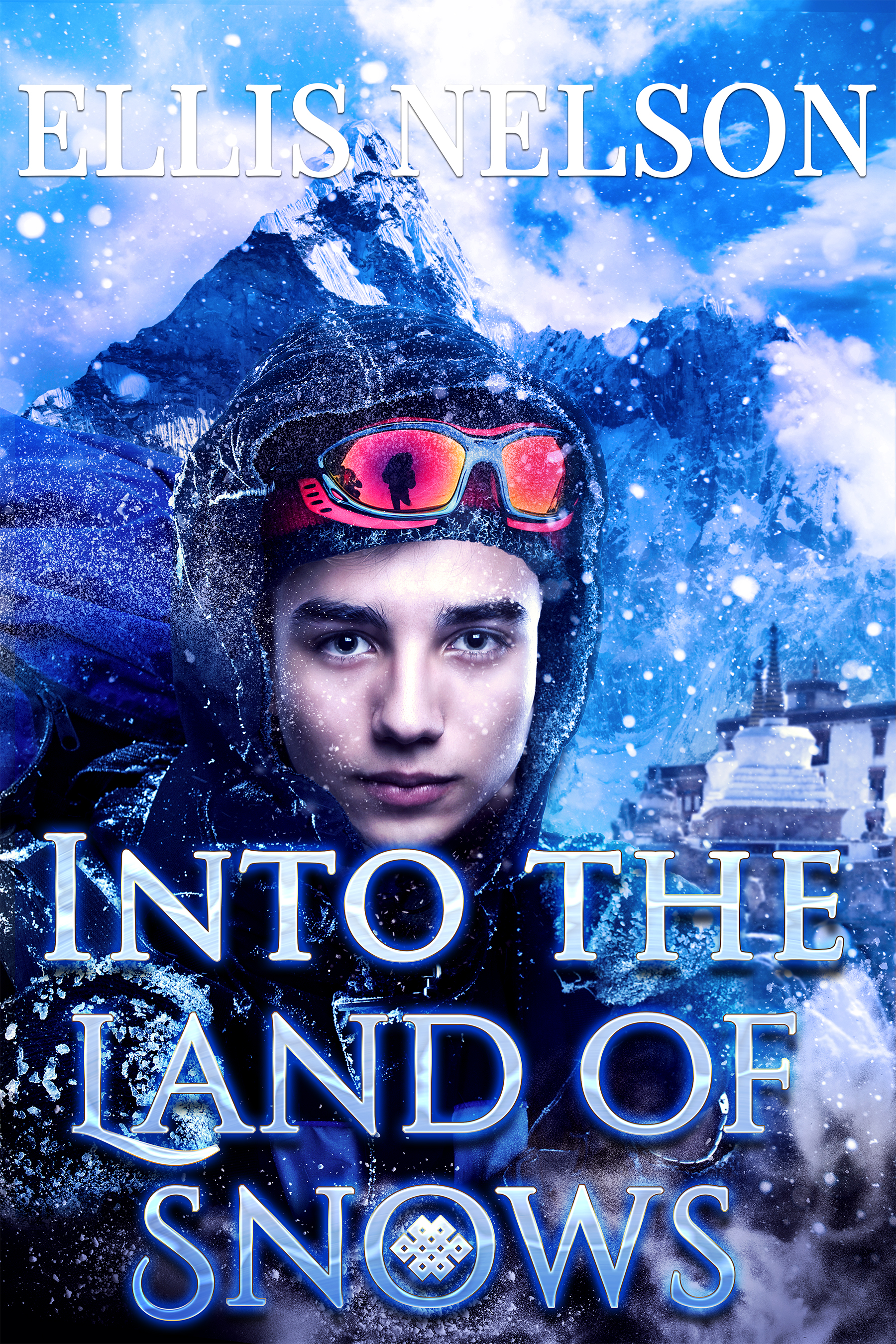 About the book: Visionary Fiction

Sixteen year old Blake travels to Base Camp on Mt. Everest to spend time with his physician father. When a deadly avalanche occurs, Dad is forced to rethink things and sends Blake away. Now accompanied by a Sherpa guide, and in possession of a mysterious camera, Blake undertakes a journey that will challenge everything he believes. In the magical Himalayas, he will be forever changed by what he experiences.

WHAT READERS ARE SAYING:

“Well-written with engaging and believable characters, this story has it all: adventure, mystery, magic, and wisdom.” Naomi C. Rose

“Into the Land of Snows is a eminently readable YA novel that moves quickly and adeptly through many mystical twists and turns. A very fast and enjoyable read! I recommend it highly to YA audiences, but to adults as well.” Rea Nolan

“Into the Land of Snows takes the reader into a world so different, so beautifully challenging in its vision of life that the reader is drawn-in completely. So strong is the vision presented in this book it may even change the being within you.” Karin DeMer

INTO THE LAND OF SNOWS (YA) 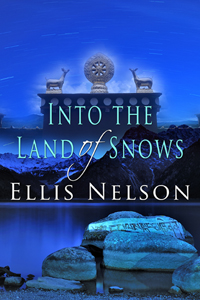 A troubled, sixteen year old Blake travels to Base Camp on Mt. Everest to spend time with his physician father.  When a deadly avalanche occurs, Dad is forced to rethink things and sends Blake off the mountain.  Now accompanied by a Sherpa guide, and in possession of a mysterious camera, Blake undertakes a journey which will challenge everything he believes.  In the magical Himalayas, he will be forever changed by what he experiences.

WHAT READERS ARE SAYING:

“Into the Land of Snows takes the reader into a world so different, so beautifully challenging in its vision of life that the reader is drawn-in completely.” Karin DeMer

“Well-written with engaging and believable characters, this story has it all: adventure, mystery, magic, and wisdom.” Naomi C. Rose

“Yes, this is a “YA” novel, but to call it a cross-over, or even transcendent, would not be an exaggeration.” Kevin Robinson

“The journey that you will be taken on is an exciting, fast-paced adventure that will have you gasping for breath in some parts and reading with your mouth wide open in amazement only to find yourself laughing a few pages later.” Book Peeps

Filed under Books, YA

THE MYSTERY OF THE THIRD STEP 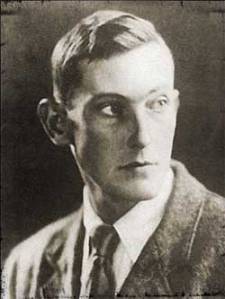 At age 37, George Mallory believed his third attempt to climb Everest would be his last. He joined the British 1924 Everest Expedition led by General Charles Bruce to finally accomplish his dream. Moving up the mountain in pairs, the team took on the quest without the aid of modern climbing gear or equipment. If you look at photos from the time period, it’s laughable to see how they are dressed. They look like English gentlemen out for a stroll on the moor. Maybe that’s one of the reasons so many modern climbers hold Mallory in such high esteem. They had so little, tried so hard, and just may have succeeded in realizing their dream. With high altitude climbing in its infancy, Mallory chose the 22 year old, Andrew Irvine to make the push for the summit owing to Irvine’s ability to keep the temperamental oxygen machines working. 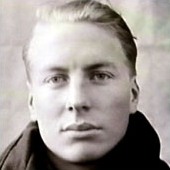 From Advanced Base Camp (21,330 ft.), Mallory and Irvine set off on June 4, 1924. They made good time pushing up the mountain in good weather. On June 8th, they were spotted by Noel Odell at a location many believe to be the third step. A cloud moved in blocking any further view, and from that point on, Mallory and Irvine disappeared into history. They did not return to camp and were presumed dead after a time. Since then, there has been much speculation as to whether or not Mallory and Irvine summited Everest and beat out Sir Edmund Hillary and Tenzin Norgay by several decades. 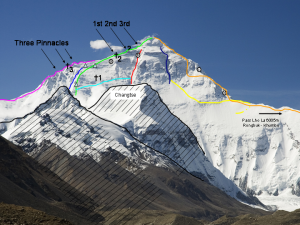 And they very well may have. Mallory’s body was discovered in 1999 by a team looking to solve this mystery. The location of the body, far below the steps, indicates to some that Mallory had to be descending after summiting when he took a fatal fall. With his sun goggles tucked into a pocket, it is likely that the fall happened at night and not during the afternoon when Odell last saw them. In addition, Mallory was known to have carried a photo of his wife in his wallet with plans to leave it at the top of Everest when he summited. Although the wallet was found, the photo was not, leading many to believe he and Irvine reached the top and most likely fell on the way down. Irvine’s body has not been located but may hold some of the most fascinating of physical evidence. Andrew Irvine borrowed a camera with the intention of taking photos on the summit. Should his body rest with the camera intact, Kodak officials have said that the film is likely to be recoverable. And so mountain climbing’s most enduring mystery may someday be solved.

This mystery was so fascinating; I used it as a basis for the adventure I wrote about in INTO THE LAND OF SNOWS. What happens if the camera just surfaces one day? What would your average American teen do if he suddenly held the solution to this mystery? What would you do?

Filed under Books, Story behind ITLS

THE LINE BETWEEN FACT & FICTION 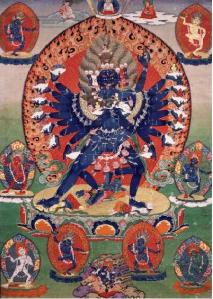 Since the release of INTO THE LAND OF SNOWS, there have been some questions concerning what’s real and not real in the book. From the perspective of this being a book whose main theme concerns defining that very line, it’s a somewhat amusing question. I concern myself with it because I’ve heard some people dismiss the book as fantasy. But that’s not the whole story.

The book is set in the magical Himalayas surrounded by a rich cultural tradition. In such a place, my job as author was relatively easy. I chose concepts and ideas already present there to create a story around an American teenager. I made up very little.

Now as to the facts.

1. Locations- The map at the beginning of the book accurately depicts the placement of real locations Blake would visit along his route, had Blake actually gone there. But the careful reader will notice that about half way through the book, Blake continues his journey, but the map stops. This is because Blake has left the material reality of our world. An alternate reality opens up for him to fully experience the magic and potential for enlightenment.

2. Mallory& Irvine- The story of these climbers disappearing into legend while on the Third Step is true. The camera Mallory carried that day is still missing. We don’t know (for sure) who summited Everest first, although Hillary is officially credited with it.

4. Baian-Kara-Ula Mountains- There are legends of star people and an origination story. As late as the 1950s, stories of the Chinese gathering evidence in the region exist.

6. Singing Bowls- Are used for healing.

8. Birds- The sneaky placement of rare birds in the region was my invention and homage to HH. The 16th Karmapa, who loved birds.