It doesn’t take long before a reader seeking spiritual materials encounters what are called channeled texts. Initially I thought there were only a handful of such books, but as I continue to explore, more and more of them come to my attention. Wikipedia lists thirty- nine entities who have produced a modern text through a medium. I thought it might be interesting to look at a handful of them.

Pearl Curran, a mid-west housewife, began channeling while using a Ouija board with a neighbor. By 1913 the entity known as “Patience Worth” emerged beginning with the phrase, “Many moons ago I lived. Again I come.” Patience revealed that she had lived “across the sea” from 1649-1694. No historical evidence has been located confirming her existence. Patience, through Curran, went on to pen several novels and many poems. Although Curran was only an average student at best, Patience’s work garnered literary acclaim. The literary critic, William Marion Reedy called The Sorry Tale, a new classic of world literature. In 1918, Patience Worth was listed as an outstanding author by The Joint Committee of Literary Arts of NY. An index of poetry for the same year credits her with the publication of 88 poems, almost all considered exceptional.

Esther Hicks is an inspirational speaker and author. Although somewhat uncomfortable with the channeling label, she and her husband produced thirteen books and she appeared in the original film of The Secret. The books outline spiritual truths obtained through a group of entities not in the physical dimension known as “Abraham.” Much of Hicks’ work borrows from William Walker Atkinson who wrote about the Law of attraction in the early 1900s. 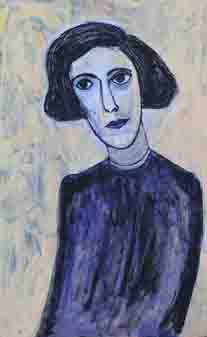 Helen Schucman was a research psychologist and professor of medical psychology at Columbia University. With the help of William Thetford she produced A Course in Miracles (ACIM). Born to non-observant Jewish parents, Helen was exposed to Theosophy, Christian Science, and was baptized in the Baptist faith at age 12. She traveled to Lourdes where she had a spiritual experience but religion didn’t seem to have a great influence on her early adult life. During the period 1965-1972, she heard an inner voice which identified itself as Jesus. Schucman died in 1981 and since her death, ACIM has been translated into many languages selling over 1.25 million sets. It’s estimated that at least five million people have studied ACIM.

Jane Roberts was an author and psychic medium who channeled the entity “Seth” from 1963 until her death in 1984. In a trance state, Seth took over Roberts’ body while her husband recorded the messages. Seth described himself as an “energy personality essence no longer focused in physical matter.” The Seth Material was published in 1969 with many books to follow. Some scholars believe the influence of Seth on New Age thinking has been profound. The main focus of the Seth writings according to John P. Newport was that the individual creates his/her own reality. As a guide, Seth led the way to a further exploration of reincarnation, karma, free will, ancient wisdom, and Christ consciousness.

I’m sure readers will be able to add many other cases to the list. Truly, the line between channeling and artistic creation is a blurry one.