A Woman’s Space: The Power of the Female Body by Kimberly Harding, PhD 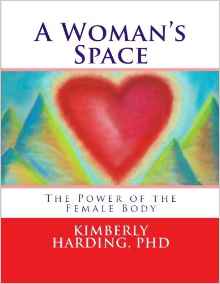 I had the pleasure of interviewing Kimberly Harding, PhD, a while ago. Then she joined us to talk about her art and poetry. Now she’s back to discuss a new project. Kim has used her talents to explore the power of the female body in her new book. In a beautifully illustrated, gentle book, Kim guides the reader on a journey of discovery examining our perceptions and beliefs about our bodies. 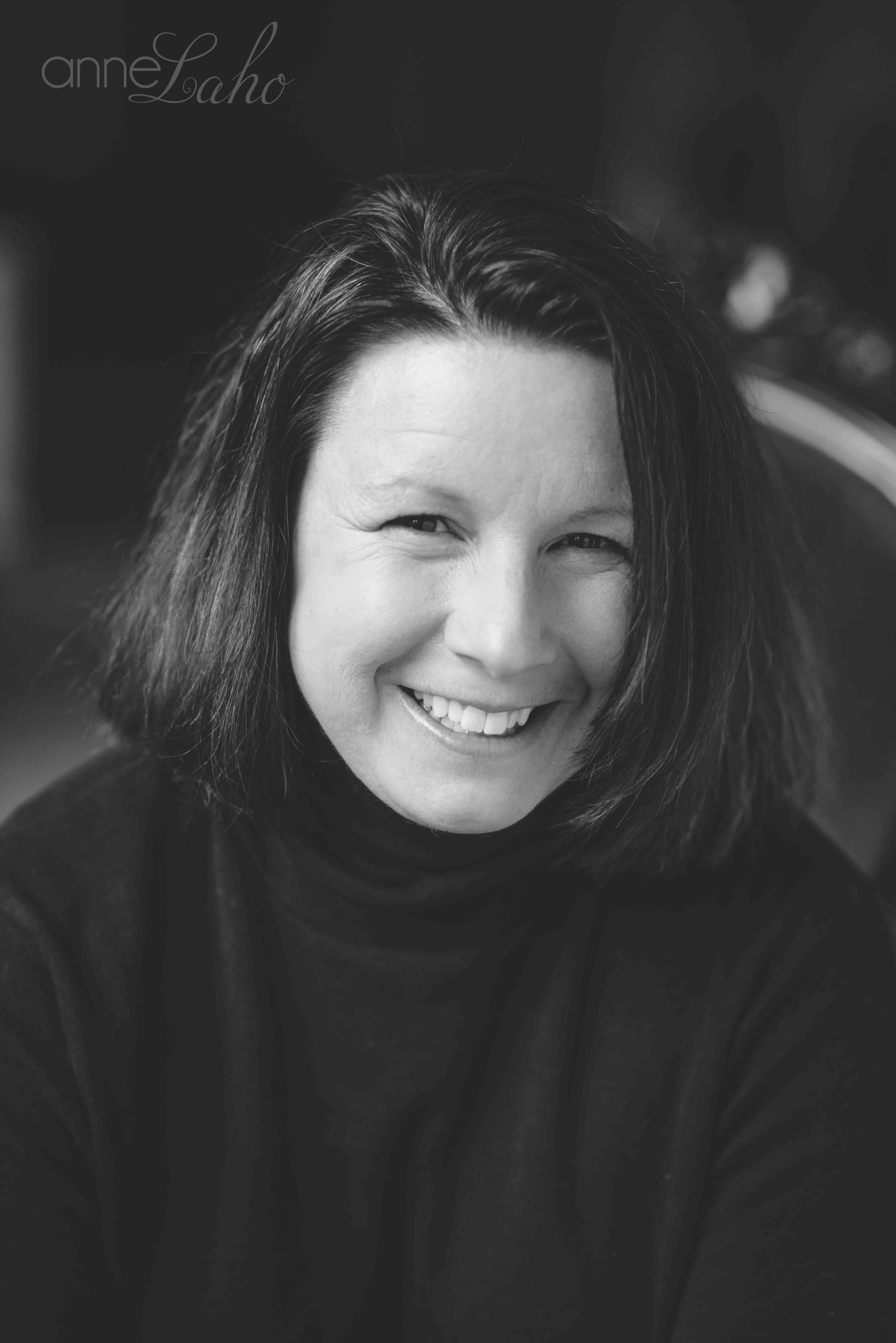 I know as a teacher of anatomy at the college level, you have pointed out that language used to describe the female body often involves a sense of lack. Can you give us some examples? Was this realization the starting point of your thinking about creating this book for women?

You are correct.  I think one of the reasons I wrote the book is that I am so disturbed by the mixed messages women receive in regards to their body.  As I write in the book, we want the miracle of childbirth, but not the “messy” uterine lining each month that makes this possible.  Or, we do not mind seeing breasts displayed in advertisements, but some are bothered by breast feeding in public areas.  What do all of these messages mean for a woman and her sense of self and her sense of power in the world?  For in my mind, a woman’s body is a source of innate power and if she is disconnected from her body, she is disconnected from her power in life.

My thoughts on this are definitely tied to my career as an anatomy and physiology college professor.  A book by Emily Martin showed me that even textbooks are not immune to the mixed messages given about women’s bodies.  Martin did a study comparing the terminology used in the standard reproduction chapter common to most college anatomy and physiology texts.  Terms used in the section on  male reproduction included “sheer magnitude, amazing, abundant” (as I have said elsewhere, you almost want to build a monument to it ), while terminology associated with female reproduction included “degeneration, lack, leaking, deteriorate”.

Students see the textbook as the “gold standard” of information, so the use of this terminology is particularly disturbing. 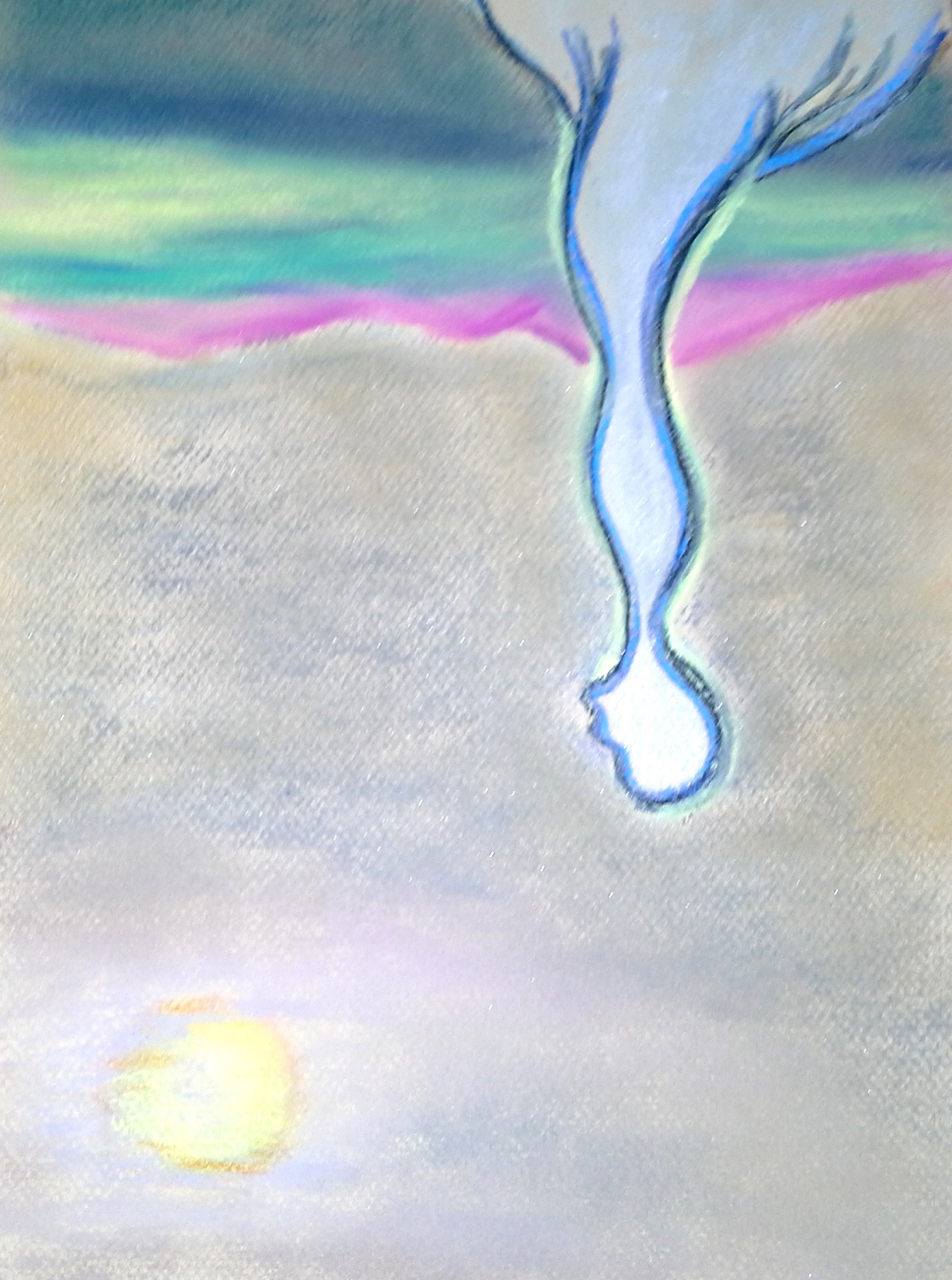 Why is a women’s body seen as threatening or untrustworthy? Is this a cultural perception we can change and if so, how?

I think it is the power contained within a woman that causes some to perceive women as threatening.  I realize women, normally, have a smaller physical stature, but this does not in any way detract from the innate power in women to create, produce, destroy, manifest, and maintain the world.  Women not only manifest the world, but we sustain it as well.

As for being “untrustworthy”, I feel for centuries, women and their bodies have been viewed with a sense of distrust. Often, this likely resulted from women’s projected place in society and culture as the “Other”- something foreign and unknowable.  For ages, women were not even included in clinical medical trials as their menstrual cycle apparently made them “too confusing” to serve as subjects.

In my mind, I believe if you heal a woman, you heal the world. When a woman heals herself, she heals the generations to come. 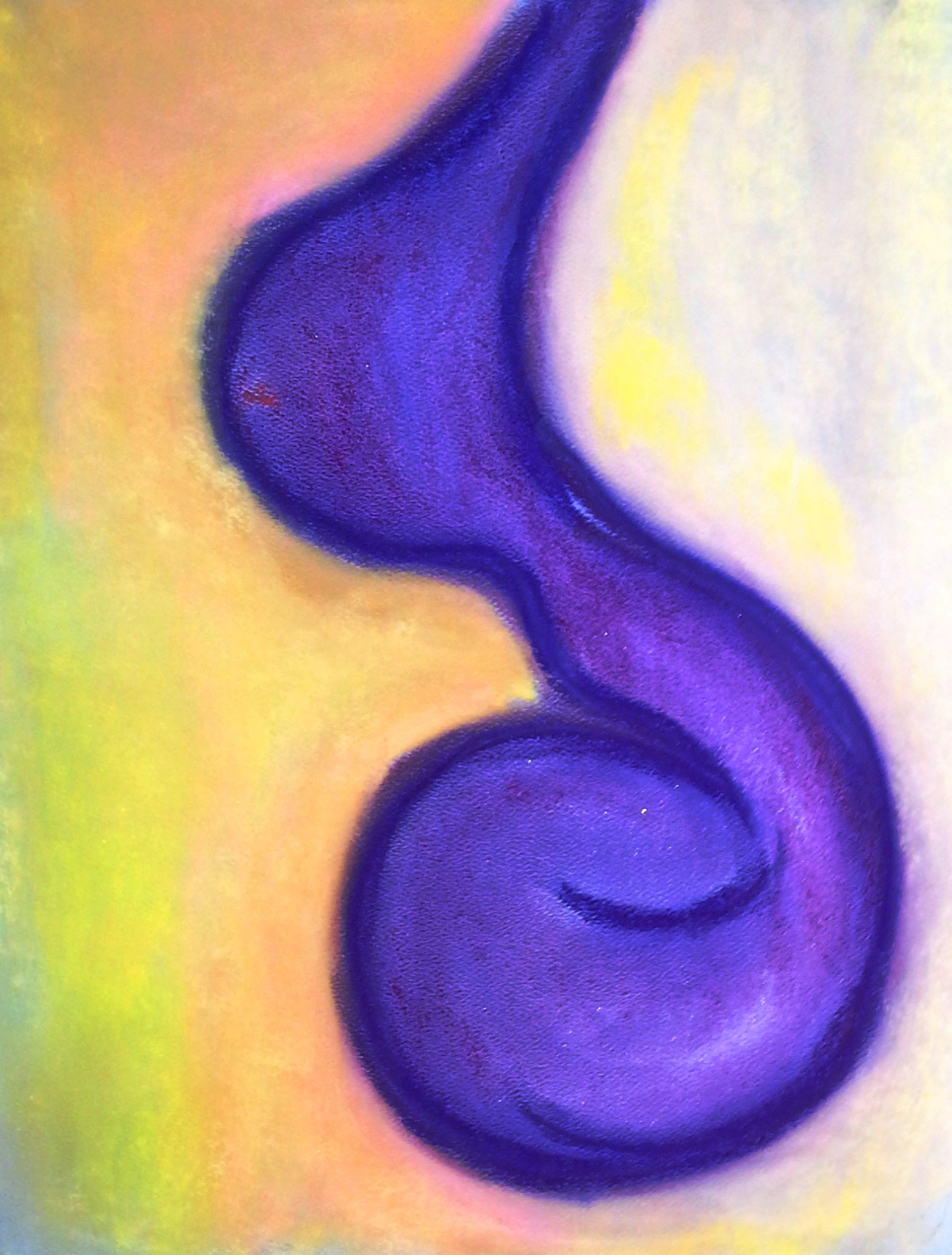 In this age of information, do women have adequate knowledge of their physical bodies?

I think this depends on the woman. Those of us who are blessed enough to have access to items such as books, the internet, and supportive medical care, likely have adequate knowledge of our physical bodies.  Many women in the world do not have these resources.

I will also say, though, and this is the point of my book, knowledge of the physical body is not enough.  We must learn about and embrace the power contained within the body’s tissues.  It is one thing to speak to a young woman about the mechanics of her menstrual cycle.  How much more powerful does it become, though, when we speak about what the menstrual lining represents- “the potential of the world”?  What would it do for a young woman to understand she literally forms the potential of the world within her being every month?

That is the type of message I feel is lacking. 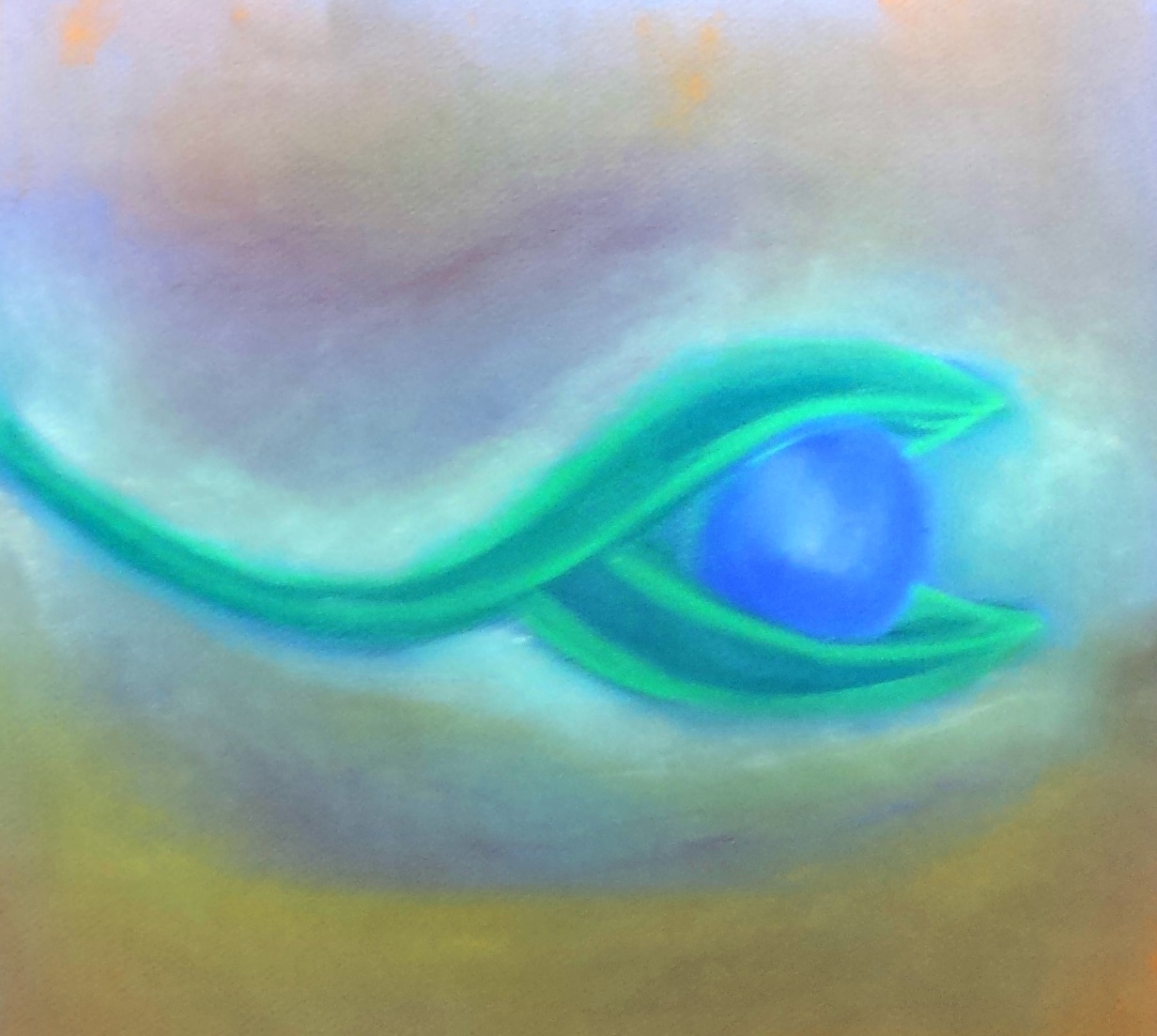 How does a modern woman reclaim her body and her power?

It is the work of each woman to do so.  Women can not kid themselves about this important work.  There is no other way for a woman to come in to her true power except through understanding the power of her own Being.  Certainly, we can assist one another on this journey and we should do so, individually and collectively.

At the end of the day, though, it comes down to each woman confronting what she has been told about her self and what she believes in her self.  When one woman raises her self up, she sets the path for all others.

Is there a need for rituals or rites of passage to help women claim their power? I’m wondering about the roles of maiden, mother, crone (borrowing from pagan tradition).

Oh certainly!  Rituals and rites of passage can provide a physicality to the internal psychical changes a woman undergoes.  These can serve as a source of grounding and a reference point that enable a woman, alone, or within the collective to mark her awakening. 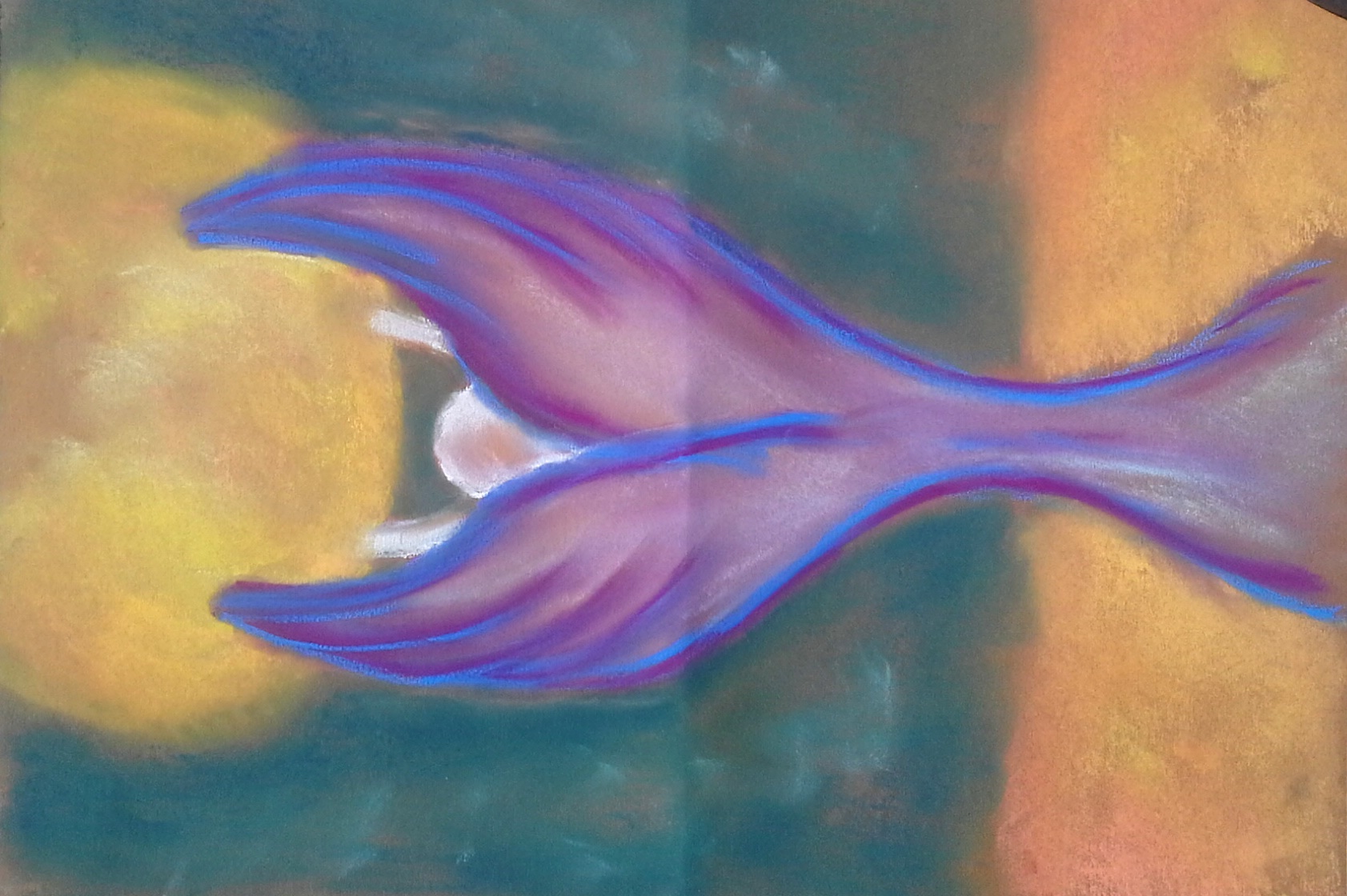 How do the images and text of your book work together to help women explore and reclaim their bodies?

For me, and this is difficult to say from an unbiased perspective as the artist, the images complete the text.  I find myself, when I read the book, that the words are engaging, but then I will look at the image and the message is understood on a completely different level.

I purposely put images and text on each page, as for myself, the image, more so than the words, is the trigger to return to the idea.  I see the image and immediately associate it with the concept.

I really hope others resonate in a similar manner.

Thank you so much for this opportunity.

Thanks for sharing your thoughts and work concerning this important topic! For more about Kim’s work, please visit her website and check out her books on Amazon.

14 responses to “POWER & THE FEMALE BODY”