THE UNEXPLAINED POWERS OF ANIMALS 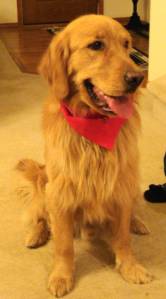 In the last two weeks, my husband and I have welcomed a new dog into the family. Luke is a friendly, almost two year old, Golden Retriever who has had a rough start in life. As we are getting to know each other, I’m drawn back into the routine and wonder of dog ownership. All the while, our elderly cat, George, raises an eyebrow and wonders why he can’t live in a one cat household. 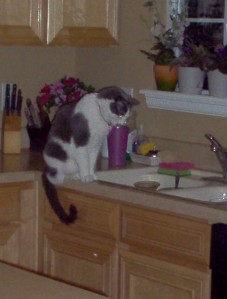 I’ve been re-reading and thoroughly enjoying Dogs That Know When Their Owners Are Coming Home (And Other Unexplained Powers of Animals) by Rupert Sheldrake. Sheldrake is a biologist with a Ph.D. from Cambridge. As a pet owner himself he wondered why the stories of pet owners were so universally ignored by scientists. He felt that confining research to lab animals or wildlife observation misses entirely to capture a unique understanding man has with his companion animals. Sheldrake set out to mine this field for its gold. He interviewed hundreds of people with experience with our closest companion animals. These included dog trainers, vets, zoo keepers, kennel owners, and pet owners. Later, he conducted formal surveys in Britain and the US to quantify the frequency of the most commonly reported behaviors in the area of perceptiveness. He took a special interest in reports of dogs that seemed to know when their owners were coming home. These dogs displayed anticipatory behavior which included alertness and going to a particular spot to await their owner’s return. Using a scientific approach, Sheldrake set out to learn what was at work in this commonly reported behavior.

He examined the common explanations many have given for this behavior. An established routine by the owner, a dog’s superior sense of smell, a dog’s keen hearing ability, human cueing, and the use of a familiar mode of transportation did not seem likely. When these things were eliminated, case histories suggested a human/animal bond along the lines of telepathy.

The best way to understand this is to look at the case of Jaytee and owner Pam Smart. Pam often left Jaytee with her parents when she went out and over time, the parents noticed Jaytee would go to a window and wait for Pam to return. Often the parents had no idea when Pam would return but started to trust Jaytee’s signal because Pam did show up shortly after the dog would go to the window. The Smarts kept logs of the incidents and before long an opportunity arose to film what was really going on. A camera was set up to watch Jaytee and a film crew followed as Pam was sent out. At a randomly selected time Pam was told to return home. On split screen and with the times synchronized, the film shows Pam being told it’s time to return while Jaytee reacts at the same moment with alertness and ears pricked. While Pam walks to a taxi stand, Jaytee goes to a window to wait. Jaytee seems to be responding to Pam’s intention to return suggesting a mind to mind connection. Telepathy! Further research carried out in 1995 and 1996, confirmed that Jaytee anticipated Pam’s arrival at randomly chosen times and in unfamiliar vehicles. Psychic debunker, Dr. Richard Wiseman, conducted his own experiment and found the same result.

Work with filming several other dogs indicated that Jaytee is not alone in her ability. Surveys indicate that the behavior is widespread in all kinds of dogs. About 51% of dogs seem to do this. Males display the behavior slightly more than females. A close bond with a human does seem to be necessary to induce the dog to engage in the behavior. Sheldrake advances the idea of morphic fields to explain the mind to mind connection we have with our pets. This invisible connection is likened to a rubber that can stretch over large distances to facilitate communication.

Sheldrake’s book is a delight. There are many stories of dogs, cats, parrots, horses and other animals engaging in behaviors because they are so connected to us. In later chapters, animal empathy, telepathy, precognition, and sense of direction are covered. I invite you to explore this fascinating book and rediscover your pet through the eyes of science. And don’t forget to share your stories here. I spent a lot of time on dogs, but how many of you have cats who know when there is a vet appointment? Mine does and not because the cat carrier is left out.

124 responses to “THE UNEXPLAINED POWERS OF ANIMALS”