CAN A JELLYFISH BE THE SECRET TO IMMORTALITY? 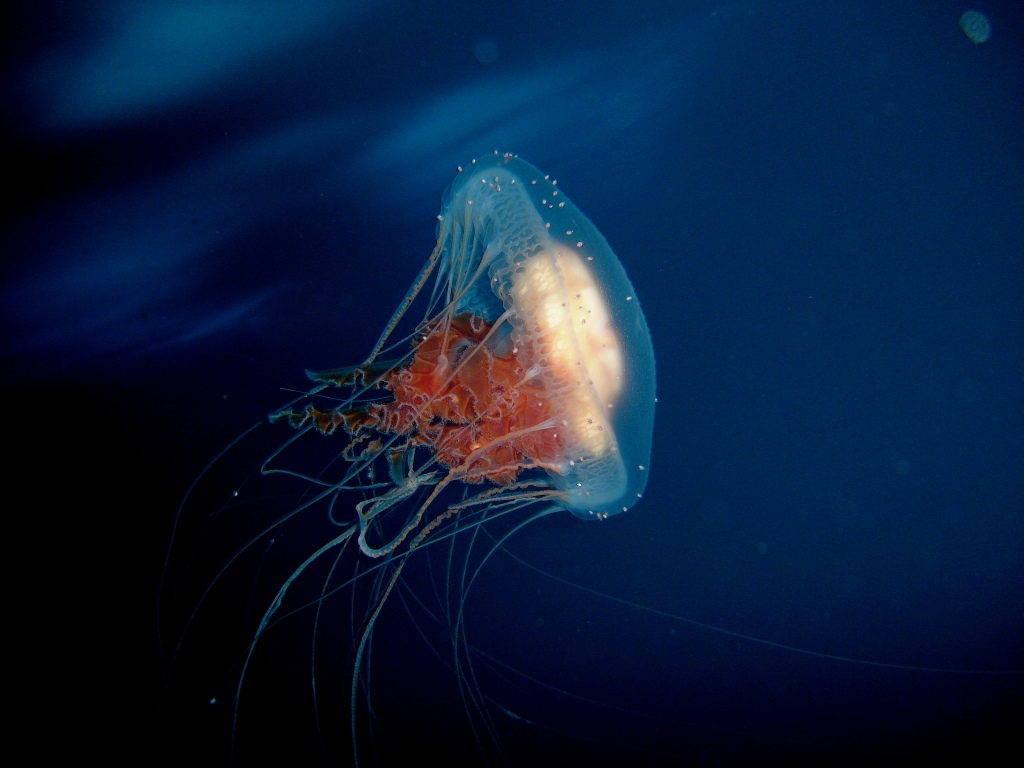 A time to be born, a time to die (The Byrds)

And so we thought. One of the most accepted, basic truths is that we are born and we die but what if that’s not the whole truth? Enter Christian Sommer, a German marine-biology student who in 1988 scooped up some Turritopsis dohrnii. He placed the tiny, obscure jellyfish in a petri dish for observation. Soon he was witness to the creatures doing the unthinkable. Over time, they grew younger and younger and eventually began a new life cycle. Biologists continued to study the species, and in 1996, a paper was published describing how the jellyfish could revert to a polyp “thus escaping death and achieving potential immortality.” Of course, it’s not totally immortal in the conventional sense, and we really need to view the subsequent life forms as clones, but still it is pretty amazing.  The jellyfish, the size of your pinky nail, became known as the immortal jellyfish although I’d be inclined to call it the Benjamin Button jellyfish, just for the literary connection.

For reasons beyond my comprehension, very few people took much notice of this discovery. Big pharma and well-heeled universities did not rush in to take up studying our bizarre little friend. Some scientists think the immortal jellyfish may lead to breakthroughs in cancer research and longevity, but so far very little research has been done.

In fact, there is only one Japanese researcher, Shin Kubota who is consistently culturing and studying these creatures. He works alone without a staff or major funding. This seems incredible considering what molecular biologist Kevin J. Peterson told a NY Times Magazine reporter in a recent article. Peterson said, “There’s a shocking amount of genetic similarity between jellyfish and human beings.”  Kubota himself thinks the species has the potential to unravel immortality but interestingly, he doesn’t think humans are spiritually evolved enough to handle the responsibility for it. So there might be something good in only having one person doing this work. Even slight gains in life expectancy rate can wreak havoc in a society and who wants to wait to be 100 before you can apply for Social Security. Maybe immortality is for jellyfish.

41 responses to “CAN A JELLYFISH BE THE SECRET TO IMMORTALITY?”